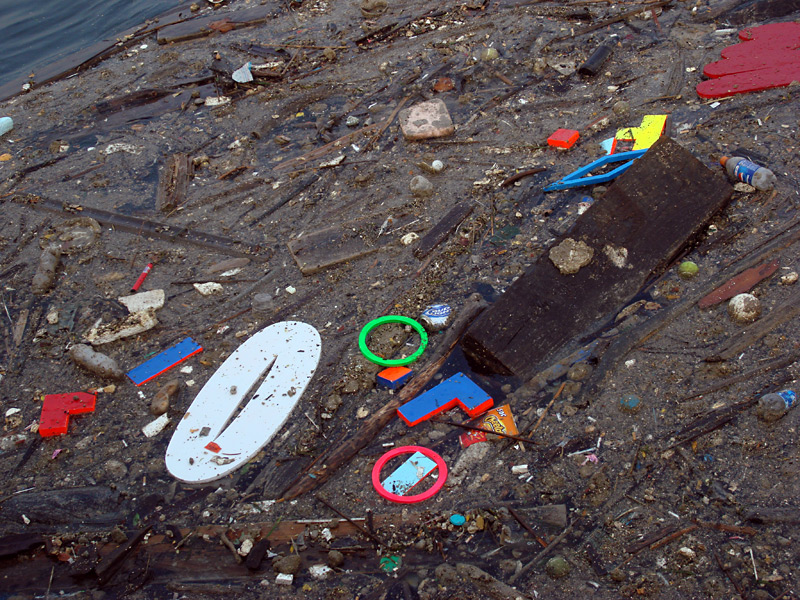 Randomly composed artwork of Eltono, MOMO, and all of New York City. 2008. One day we saw a collection of very interesting and colorful trash amassing along the West Side’s Hudson River Park. There were tennis balls, toys, a condom, a seat, a traffic cone all sorts of drinking bottles, caps, and containers, as well as driftwood, styrofoam and a dead fish.

The elements came together in one place magically that day for us, but it was hard to find the same event again. After several weeks observing, Marie informed us the Hudson flows upstream for a 100 miles during high tide! The best we could figure was that one hour before high tide, the Hudsons’ backing up with sea water is what causes the collection to form. This proved generally true (check this chart, for Chelsea Piers: subtract an hour, and try for yourself).

The first Trash Island was ephemeral; it floated away. In “Trash Island 2” we fished the sculptures out, so you can see them at the Anonymous Gallery show.

Hanging on the wall – these shapes make interchangeable compositions, strung from the same line we used to hook and fish them from the Hudson River.